Amoc Raps with the Endangered Inari-Sami Language. Mikkal Morottaja, or Amoc as he is known by his artistic name, is like a gift from heaven for the Inari-Sami culture. This 22-year-old Inari man is history’s first rhyme-slinging rap artist in the Inari-Sami language. He has also succeeded in getting many Inari-Sami teenagers interested in learning their ancestral tongue. The gifted youth had not even considered inventing any special rhymes in Inari-Sami until a couple of years ago. Amoc’s music has had its greatest impact on his own community. The Inari-Sami traditional language area is comprised only of the territory around Finland’s Lake Inari. The language, with only some 300 to 400 speakers today, is endangered. Nowadays Inari-Sami no longer causes such difficulties as those Amoc encountered when he first tried to describe urban things in Sami. The language has hundreds of words for snow and for reindeer, but not necessarily for all the new phenomena 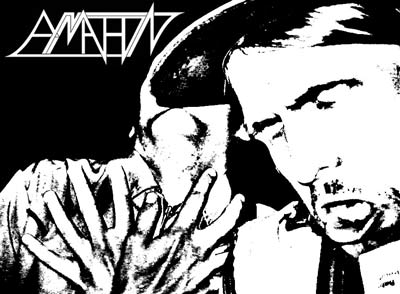 Pymathon is a duo consisting of Topias Tiheasalo (1978–) and Jaakko Tolvi (1982–). With a background in free improvisation, the duo approaches the traditions of classic speed and thrash metal in a charmingly warped manner but retains the devilish energy that drives the genres. Tolvi has played as the percussionist in groups such as Rauhanorkesteri and Lauhkeat lampaat, while Tiheasalo, a graduate of the Turku Conservatory, is known for his austere but intensive solo guitar improvisations. 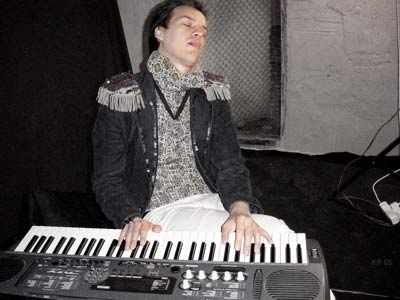 Luarvik Luarvik is originally a name for the character from a soviet sci-fi movie "Hotel of the Perished Alpinist" which is based on a Strugatsky brothers' novel. The band was formed in 1998 by Mihkel Kleis and Andres Loo and is strikingly said to be the leading avantgarde group of new postrock generation from Estonia. Luarvik Luarvik's musical direction has been constantly changing - from lo-fi protoprogressive synthrock to cantebury style jazzrock and dadaistic soundcollages. But there are always two elements involved - synthesizers and progressive rock. Luarvik Luarvik is one of the few bands in nowadays Estonian independent music scene who has based it's roots in 70s traditions of leftfield progressive rock. In last years LL's music has taken once again new directions. Mostly because one of the core members - drummer Andres Loo, who left the band in 2005 and has been replaced by Silver Ulvik, the music has become more melodic and complex and is dominated by electric organ sounds. The members of the band are also active as visual artists and share the vision of mixing music and contemporary art conceptions. On SKIF festival Luarvik Luarvik is performing only previously unreleased new compositions with slight support of sound artist Kiwa.
Mihkel Kleis - keyboards
Lauri-Dag Tuur - electric guitar
Silver Ulvik - drums 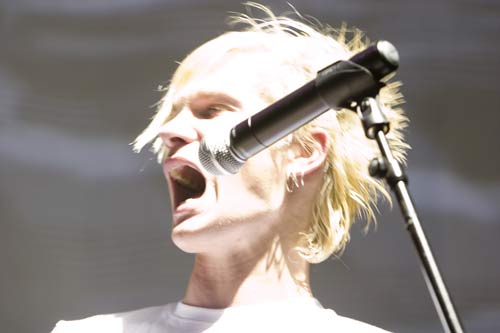 Ki wa is an Estonian pranxter meta-artist who blends the meaning of authorship on different levels.
His practice includes a wide range of media: texts/books, music/sound, curating, bad painting, video, installation, performance, conceptual projects in media and public space. His art draws on pop-lifestyles and the counter cultures as well as cryptic texts, multimedia lectures, theories and practices in the field of micro-literature, pseudoidentities and mystical conceptualism.
He started experimenting with sound in the late 80s, was involved some of the fastest punk-bands in the 90s and moved to the electronic sound around 2000. Ki wa has been organizing the noise/sound-art platfom *metabor* (www.nihe.ee/metabor) and founded The Festival of Non-Existent Bands (www.nihe.ee). Beside his hyper-optimistic robo-punk moniker Kiwanoid, he also plays improvisational solo lives, that stream from idealistic glitchy soundscapes to psycho-noise. 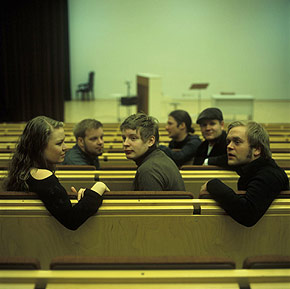 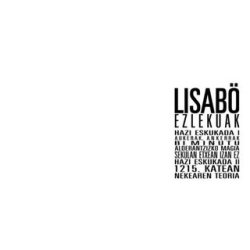