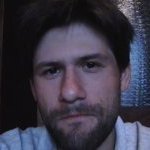 Apple tree landraces and rowan populations of the Karelian

In the framework of the joint project between N.I. Vavilov Research Institute of Plant
Industry (VIR), Bioversity International and Centre de Recherche Publique (C.R.P.) Gabriel Lippmann, Luxemburg, an exploration was launched in June 2009 to collect leaves of Rowan/European mountain ash (Sorbus aucuparia L.) and to disclose olymorphism of its populations in Leningrad Province. At the same time, the team of plant explorers examined the impact of severe frosts in the winter of 2005/06 on the status of local fruit plants. Special attention was paid to the extant orchards of
apple landraces, bearing in mind the potential economic importance of apple-tree and
its adaptability to local soil and climate conditions.
Rowan is most widely spread in the Karelian Isthmus and is traditionally used by the local population. Rowan berries have a particular nutritional, dietary and medicinal value, as they are rich in vitamin C (up to 200mg/100g), vitamin P active compounds (up to 770mg/100g) and vitamin K1 (about 1mg/100g). In terms of carotene content, rowan berries are in no way inferior to apricot and carrot. An important chemical composition indicator is the content of sorbitol that is used as a sugar substitute
for the sugar diabetes patients. Pectin, that is also present in rowan berries, is capable of binding toxins, heavy metal salts and radionuclides. Rowan also has an important sacral significance for Russian people. In national folklore, rowan often represents
a token of happiness, peace, luck and order within a family. The ancient ancestors of
Russians held rowan trees sacred and believed them to possess magical powers.
Rowan is regarded as one of the symbols of Russia. Since wild rowan had always been so abundant, there was no urgent necessity to domesticate this fruit plant, as was common practice in the centres of diversity of wild fruit species. At the same
time, significant differences in many morphological and economically important traits
have been found to exist between rowan populations at different locations. In this
regard, it will be very interesting to analyze DNA from leaves in order to assess the degree of polymorphism in the studied populations. This work will be carried out at C.R.P. Gabriel Lippmann, Luxemburg within the framework of the current project. The information resulting from the study will be very important for refining taxonomic problems and for the inclusion of selected rowan samples into the VIR ex situ collection.
The most noteworthy finding of the June exploration was the rich diversity of old local
cultigenic apple-tree landraces growing in derelict orchards on the sites of former Finnish farmsteads, in the vicinity of Lake Otradnoye, in the Karelian Isthmus (Priozersk District of Leningrad Province). The Karelian Isthmus is an old area of Finnish horticulture at the intersection of two powerful plant introduction flows – one from Scandinavia and Western Europe, the other from the Russian Empire. Several centuries of cultivation made the local assortment of appletree varieties quite different from those grown in other areas of North-Western Russia.
In these orchards it is still possible to find not only landraces whose pomological names were lost long ago, but also landraces selected by the owners of the orchards among horticultural materials of unknown origin and identified by them as the most valuable. The results of the collecting mission have shown that further, more detailed exploration of the Karelian Isthmus targeted on fruit crop landraces identification will be of special interest and usefulness because the ancient orchards still occurring in this territory are endangered due to the intensive housing development activities. Besides the collecting
mission carried out within the framework of the project, some other regions featuring
ancient orchards in the Karelian Isthmus were explored in the autumn and some fruit crop landraces were identified for their further inclusion in the VIR collection.
This local apple-tree diversity has unique adaptive potential, as it has survived a number of winters when frosts were below -40°C. However, it is also very vulnerable,
since most of the trees have surpassed the age of 65–80 years. Due to the lack of
maintenance, many trees have begun to dry out, resulting in their permanent loss, even in the immediate future.
The collecting mission identified 18 cultigenic forms of apple-tree that deserved to
be included in VIR’s national collection for safe conservation. All of them were marked
with labels bearing individual identification numbers. Their cuttings will be placed
for ex situ conservation and duplicated in the cryopreservation facility at VIR.