As'meos is a special rubric about Finno-Ugric activists and leaders. That’s our 7th issue.
We are happy to introduce you Sanna Heinonen. Sanna Heinonen is a rare example of Finno-Ugric adventurer who moved to some Finno-Ugric region in the mid of Russia to experience and explore kindred people’s life and submerge into Volga-Finnic language environment.
Her story is akin in some details to famous adventures of Castren and Antal Reguly.
Sanna works as a Finnish language teacher and studies Erzyan and Mokshan languages and cultures.

We asked Sanna about here life in Saransk, Icelandic zest for language development and her interest in kindred Volga-Finnic people.

What are you doing in Saransk? How did you get there?

True, I live in Saransk. I have been working as a Finnish teacher in Mordovian State University for three years now. My employer is CIMO (Centre for International Mobility), which is part of Ministry of Education in Finland. They support studying Finnish language in foreign universities, for example by sending teachers. Usually CIMO sends students of fennougristics to Saransk and Izhevsk to teach and collect material, but since they are quite few, sometimes other people - like myself - get the chance.
How did you become interested in Moksha & Erzya peoples?

I have studied Finnish language and literature in the University of Joensuu. In my studies I did not learn much of the distant members of Finno-ugric language family (mainly we talked about the other Baltic-Finnic languages), but I remember watching the map and wondering, what it is like in Volga region and how the people live there nowadays. Also I read that Mokshan and Erzyan are the closest to Finnish, sometimes even closer than Saami languages. I found that fascinating.

Many years later I noticed that CIMO was looking for a Finnish teacher for Saransk, and I decided to apply - it was a very spontaneous decision, and I still don't know, whether it was clever or not - at least unforgettable

When I came here, I did not know anything - I did not speak a word of Erzyan or Mokshan or Russian (I still don't speak Russian, it is a SHAME, I know). In my "kafedra" they asked, whether I would like to start studying Erzyan or Mokshan. I did not really have an opinion on it, so they told me to start with Erzyan, because it would be easier for a Finn. And it has been practical, because all my colleagues are Erzyan. So I have been studying Erzyan. Unfortunately my studies haven't been very systematic, because teachers here have loads of work to do, and not often time for me.

I don't know much of Mokshan language, but a teacher from Mokshan kafedra has promised to give me an introductory course before I return back to Finland in the summer.

That's really fascinating story. So you was curious about remote relatives of Finnish people?

is it common for Finns that they are curious about their unique (comparing with most of other Europeans having Indo-European origin) ethnic origin and want to know more about their remote relatives?
Yes, you could say, that I was curious about the distant language cousins Unfortunately I have to say, that it is not very common among Finns to know something about other Finno-Ugric peoples and languages. They might know that Karelian, Estonian and Hungarian are related to Finnish language, but usually that's it. In Finland I always have to explain, where I live and what I do there and why, and quite often it is news to people, that there exist also other Finno-Ugric peoples than those three mentioned above. Of course there are linguists, journalists and other experts and such who are more aware. 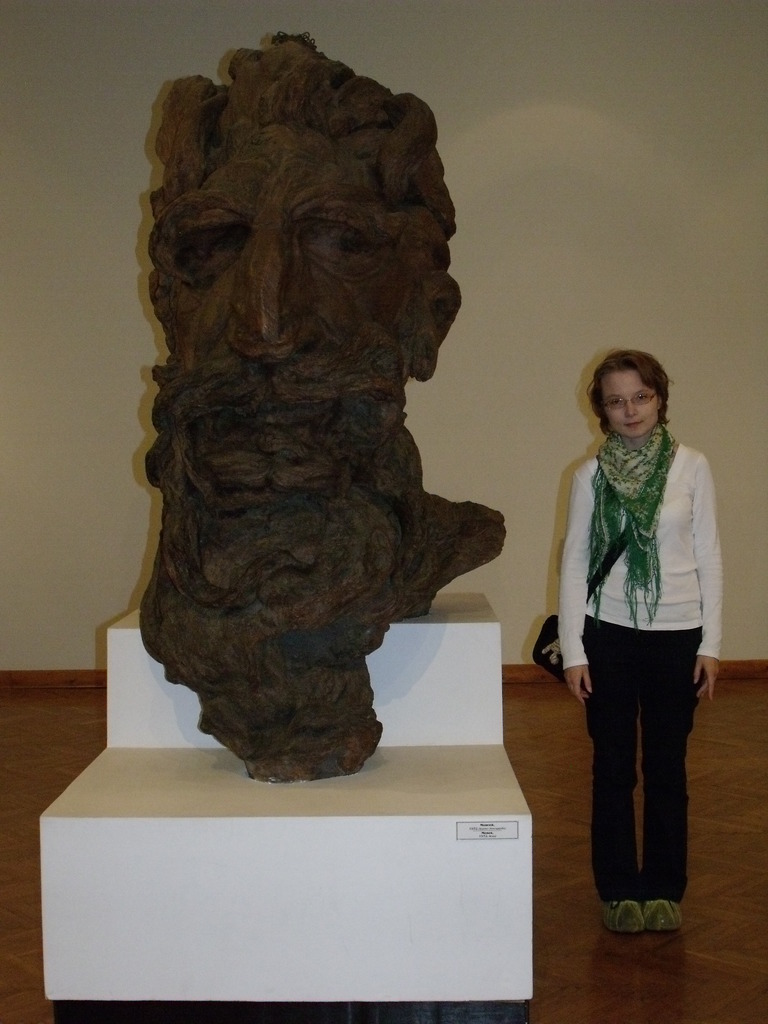 So, now you live in Mordovia - what do you think about connections of Finnish and Mordvinian languages now? How do you see it now?
Before I came here, I did not expect that there would be so many similarities between Finnish and Erzya/Moksha, for the connections - as I had been told - were so old. To my surprise the languages had more in common than I had thought, although also lots of differences. For me it has been especially interesting to study a language, in which some old basic words, morphemes and structures remind me of my native language. I could mention for example some basic verbs with high frequency, like улемс (olla - to be), неемс (nähdä - to see), теемс (tehdä - to do). In Finland we study mainly Indo-European languages, like English, Swedish, German, French and Russian, at school. There are, of course, some familiar words in those languages too, but those words are always rather new loan words. I think that studying Erzya has made me see Finnish language from a new angle, and I hope that this experience will help me also as a Finnish teacher.

Living in Saransk...hmm… Because of my poor Russian, I don't have many contacts here (only myself to blame!), which makes my life sometimes a little boring. But as soon as I think that the walls are falling over me, something intriguing happens - I hear a song or a story, meet an interesting person, or see something, or get a chance to visit somewhere - and that awakens my imagination again.

What do you enjoy in Mordovia?
What I enjoy in Mordovia... Well, I think that people always "make the place". Friends are the most important thing. Meeting with interesting people. If you didn't know anybody, even Paris would be an extremely boring place. I like my job, I enjoy teaching Finnish. I like working with students. I love listening to Erzyan / Mokshan music, for example Torama and Kelu. I like visiting countryside. Two years ago I had a chance to visit Erzyan summer event Ras'ken' ozks - that was truly an unforgettable experience. 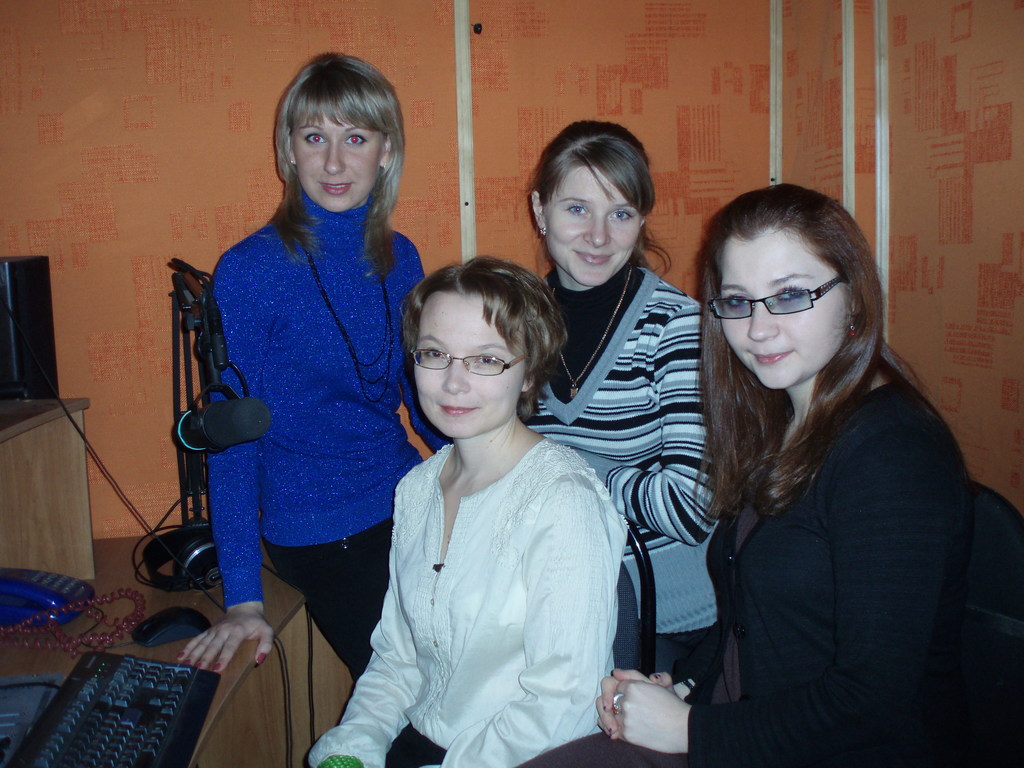 What would you say about the current situation of Moksha and Erzya languages in Mordovia?

My impression is that Erzya and Moksha languages are spoken mostly in countryside. When people move to Saransk, they seem to stop speaking their mother tongue and their children probably will speak only Russian. If a language is spoken only in a limited environment, for example only as a domestic language, it is in danger. How to expand the use of Erzya and Moksha on different domains, for example in the urban environment, is a real challenge. Another question is, do people feel that it is possible – or do they think it is even necessary.

In the beginning I was often wondering, what young people are doing here and is there any popular culture in Erzya/Moksha. Once I happened to play a Finnish reggae song in the classroom (cannot remember what for, possibly there was some good examples of spoken language) and I noticed that my students seemed to like it. I asked them, when I will hear something like that in Erzya or Moksha. They laughed and said that it is impossible. That was an interesting reaction… They could not quite explain why it would be impossible. (If somebody has an explanation, let me know!) The song was called Kylmästä lämpimään (by Jukka Poika), just silly pop music, something that was played on Finnish radio channels a lot at that time. Kylmä = кельме, lämmin = лембе. Also the cases are pretty similar in Finnish and Erzya.

Is it cultural revival in Mordovia now? or Moksha and Erzya languages and cultures are still underrepresented and underrecognized?

I am not the right person to estimate, whether there is a beginning of cultural revival going on or not. I certainly would hope so. I have met here in Mordovia some enthusiastic and talented young Erzyans and Mokshans, who seem to love their native languages and culture and who have lots of ideas and dreams. That is admirable. I am curious to see, what they will achieve. Language revitalization is not impossible; take for example Hebrew and Welsh. About ten years ago I had a chance to spend some time in Iceland. Icelanders are nowadays only about 320 000 (less than Erzyans!), but in spite of that they have been able to keep their language alive for centuries. Icelanders tend to be protective towards their native language and try to create new own words when needed. For example, they do not watch “television” but “sjónvarp”.

How do you deal with complicated Mokshan phonetics? is it hard for Finnish speaker to pronounce some special Mokshan or Erzyan sounds?

So far I have only had three Moksha lessons, but my first impression was that the vowel system is somewhat chaotic. In general pronouncing з and ж is difficult for me. Palatalization might be challenging for Finnish speakers, since we don't have it in written language. I've got it in my dialect, though.

The real thing how to spand the usage of Mokshanj and Erzyanj is just to speak them without taking into consideration the Russian environement and its opinion. About the revitalization for languages - for it there is the necessity in high level of love to own nation sometimes called as nationalism untruly thought as extrimism against the Russians.

Hedningarna '' s  Karelia Visa album is one of their best as my opinion. I have not seen yet - mayby Trae also consists of Finnish music. Tuuli , Ukkonen, Viima,..... It is a music I begin my every new day with. So as Toorama and Oyme.