Hang a Finno-Ugric Cuisine Calender 2016 on your kitchen wall!

The calendars have, until now, primarily been composed on the basis of materials originating from the Estonian Academy of Arts' Finno-Ugric expeditions. The topic of 2016 year's edition is national cuisine of Finno-Ugrians.

Finno-Ugrians use as much as possible foodstuffs that comes from around their home. Locally grown, cultivated, produced... be it paprika or potato, meat of seal or reindeer. Wild food that is foraged from nature has highly important role in Finno-Ugric cuisine. Mushrooms and berries, different herbs and edible plants, fish from lake or river or sea and meat of wild animals. All Finno-Ugric peoples enjoy the privilege to be a gatherer-hunter-fisherman. 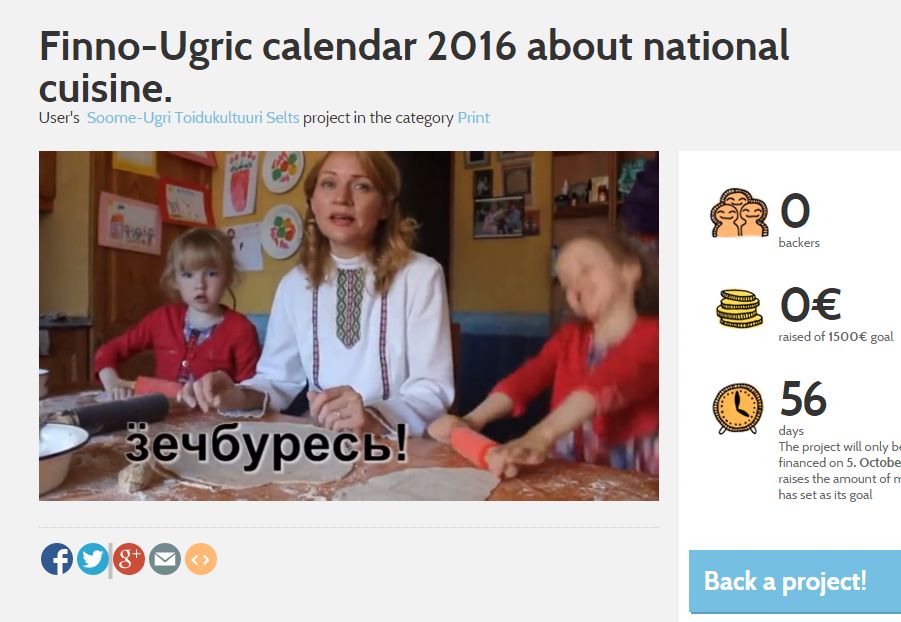 Finno-Ugric cuisine is very much connected to the cycle of the seasons. Important part of FU cuisine is smoking, conserving, salting, drying of various food, as fresh foodstuffs are available for a short period only. Every month of the Calendar introduces a Finno-Ugric peoples, for example Komis, Ingerians, Hungarians, Livonians, Khanty people. In addition to food photos there are recipes of selected national dishes of the respective Finno-Ugric nations.

Finno-Ugric calendar 2016 about national cuisine is a spiral-bound A3-size wall calendar, and will be published in October.

Please support our project and hang a Finno-Ugric Cuisine Calender ...