Please, if you want to come inside our team! Join!
Write me a message or mail! - Outi Sané

Here is also the article!


In Vox Humanitatis, we have been thinking what would be good ways to help less-resourced languages to survive in this world and also to get strength. Organizing connection, co-operation with other humanitarian project, involving caring people inside and creating open source content, those are some of our keys to help cultures to survive.

Now we can happily tell, that our Finno-Ugric -project of collecting open source content in different Finno-Ugric languages has started amazingly.

We focused first in the 3 major and 2 smaller language. The languages are Hungarian from Hungary, Finnish from Finland, Estonian from Estonia and Udmurt and Veps from Russia.
Hungarian, Finnish and Estonian are spoken languages in their own country. So in these cases the language is not endangered, because it has a national status. But smaller Finno-Ugric languages have a bit more problematic situation.

Examples of the speakers in some Finno-Ugric languages:

Brief information about the languages inside the project at the moment:

Finnish, 6 million speakers, is mainly spoken in Finland and also in some regions of surroinding countries. Official language in EU. The translators and proofreaders: Martti Hänninen, Maiju Kuisma and Outi Sané.

Additional information about Finno-Ugric -language for example in the Uralistic portal:
https://uralistica.ning.com/

This is only the start of a long road. For more additional information: outi.sane [at] voxhumanitatis.org
If you are interested about Finno-Ugric languages, please contact us!

TOGETHER WE ARE STRONGER!

Some of these languages have only some THOUSANDS of speakers!
IT'S HIGH TIME NOW! - Help us to help!!!

Erzja on uralistica is very active, but they have big problem with erzja language,
suggest them take part in your projects. 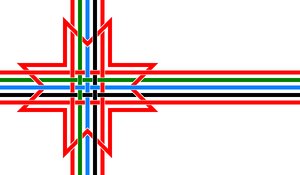 I have spent some time near your part of the city in Tampere.
A wonderful city, where my grandparents settled after being
forced out of their homes in Viipuri. I hitched a ride on a freighter
and arrived in Helsinki in March, (many years ago) with nowhere to live - cold, hungry,
and loving the feeling of at last arriving back to the land of my birth,
Finland. All the way from Victoria BC Canada.

On to the topic. Your enthusiasm is fantastic. Keep it up. We have to
do something about the situation in Russia. We need parents to get
involved in sending their children to language and cultural schools,
in their areas, if possible, and books, lots of books, lots of workers.
We need a critical mass to happen, where the numbers of speakers
continues to rise, however slowly. Even if this is done under the guize
of learning music, singing or whatever. I have heard that Russian authorities
do not always take kindly to other cultures trying to raise their heads up
into the sunshine.

I would like to post some Finno-Ugric Songs on my web site.
If anyone has some that can be shared with the world, please
email them to me at: osmo@uralica.com

Pirkko Kiansten broadcasts Finnish music at the University of Victoria BC Canada
every Saturday morning at 9:30 AM Pacific Time. I archive some of her programs
at http://pirkko.uralica.com
This is the page where I would like to place some Finno-Ugric Music in a separate
section. It would be fantastic to have some music and attract attention to the problem
of language extinction in Russia. Language structures thought!

Постоянная ссылка Ответил(а) Outi Sane Ноябрь 30, 2009 в 2:03am
Hello Osmo!
Thank you for your words. I got the message right now, I don't know when you wrote that!
I think that the situation is very difficult as long as there is no free educational material for the people from the baby until the university! That's why we have to fight! This is not anything to joke about. Everyone can so a small share.
We are all like a drop... when we are, many we make an ocean!
"If there is no written vocabulary - then no data bases, no spellingbots, no textprograms like docs, no portals, no written text - NOT A THING TO READ!" (Outi Sane 29.11.2009)
This is the reality I wrote down last night.

This why we have to fight. My children are from minorities. I want my grandchildren to speak and read the natives also... not only the big internationals!!!