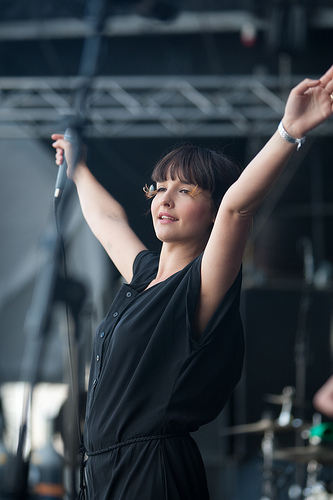 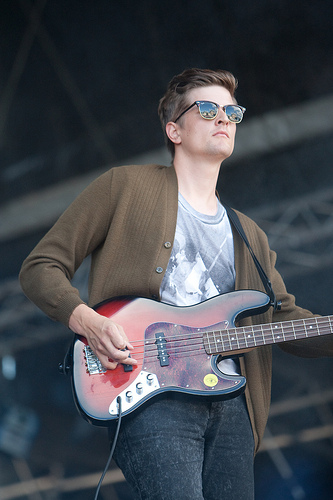 Regina’s distinguished blend of electronic beats, folk and world music, female vocals sung in Finnish and some wild percussion introduces a unique blend that mixes the best pop music influences from the 60s to the 90s. Combining snapshot like stories of every day life, Regina’s original sound resonates on the threshold of mundane and magical realism while sometimes extending its reach into pure fantasy.

In 2005 Regina released their highly acclaimed debut album Katso maisemaa released by a Finnish label Next Big Thing, and was chosen in several polls as one of the best Finnish albums of the year. Their follow up album, Oi miten suuria voimia!, was released in the beginning of 2007, and was similarly a highly acclaimed success – being nominated for the Finnish Grammy award, Emma, in the Critic’s choice category. In the end of 2007, Regina independently released a Christmas single, Näinä mustina iltoina, that immediately became an indie hit, also beyond Finland’s borders. 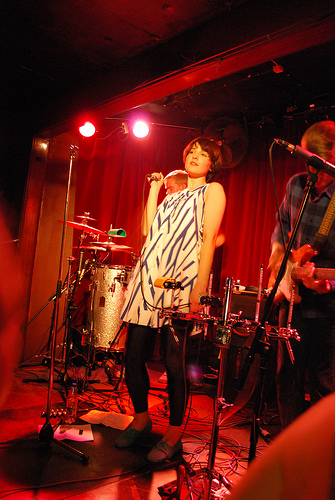 Puutarhatrilogia, the third studio album by the group, was released in the beginning of 2009 by a traditional Finnish indie label, Johanna Kustannus. It has been a critically praised album, and the first single, Saanko jäädä yöksi?, was chosen as the best song of the year 2008 by a critics poll in Rumba, the biggest music magazine in Finland.

So far, the band’s albums and singles have also been released in Sweden, Japan, and Taiwan. It has actively been touring in Scandinavian countries, Central Europe, Baltic region and Russia.