The Mordvinians : A doomed Soviet nationality ? 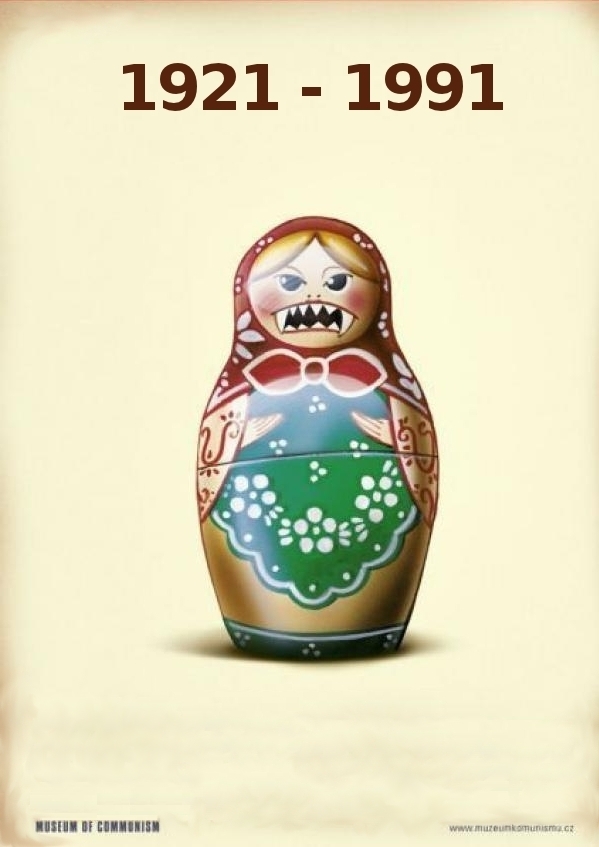 The most obvious obstacle to Mordvinian autonomy was their dispersion. Spread over 11 provinces of European Russia as well as in Siberia and Kazakhstan, they did not command a majority in any province or even uezd (district). However, more than a third of the Mordvinians were still living in their historical area. With skilful carving from various provinces, it was possible to form a unit with a slight Mordvinian majority. But such gerrymandering was rejected on the grounds that this would ignore economic factors. Perhaps more important than economics was the presence of many Russians who showed little enthusiasm for being included within a Mordvinian unit. Nor did the Mordvinians have a powerful patron in the center to overrule the local Russian opposition as was the case with Crimean Tatars, who, though only 25% of the population, were able to secure their republic thanks to Lenin's backing. In the Mordvinian case, Lenin seems to have remained disinterested, while Stalin was personally opposed to Mordvinian autonomy.  <...>

But the greatest obstacles to Mordvinian awakening were above all psychological. On the one hand, were the Russian so-called "great power chauvinists" who saw little value in reviving what they considered to be a backward and primitive language and culture:

"The faster the Mordvinians shake loose the remaining elements of their national way of life, the better [...] Mordvinians must dissolve themselves among the Russians [...] they must shift as soon as possible to the more advanced Russian culture. "<...>

Spearheaded by local branches of the Ministry of Education (narkompros) and by the local Mordvinian branches of the Ministry of Nationalities (narkomnats), crash teacher training courses and, simultaneously, Mordvinian primary schools, were opened in various provinces. By 1923, about 950 Mordvinian schools were working in Penza, Saratov, Samara, Simbirsk and Tambov provinces, though Mordvinian served as the medium of instruction only partially. Mordvinian language textbook publishing was launched in 1922 with the publication of the Erzia primer, Tundon chi (Spring day) in Moscow. The Moksha primer followed in 1924 and by the 1925-1926 school year, it was reported that 50% of the subjects in the first grades were supplied with Mordvinian texts. Though lagging behind other Volga nationalities - by the late 1920 ' s the Tatars and Germans, for example, offered instruction in the mother tongue in secondary and even higher schools -, the Mordvinians succeeded to "root" their primary school by 1931. By 1936, Mordvinian had become the language of instruction also in the fifth through the tenth grades, though universal secondary education was still in the future.

The greatest handicap in the cultural construction work all through the 1920 ' s remained the lack of a standard language. In the early Mordvinian newspapers, a journalist simply wrote in his own local dialect making his writing almost incomprehensible to readers outside his area. The lack of a standard also made early textbooks close to useless. Gradually, however, two literary Mordvinian languages began to emerge, thanks to the combined efforts of Mordvinian linguists and authors who not only enriched the languages through their literary works but also directly participated in writing primers and readers. By the late 1920's-early 1930' s both Erzia and Moksha were becoming fairly standardized, modernized languages <...>

Mordvinian literature began to emerge in the 1920' s . At first it was tied to the newspapers, but by the late 1920' s several literary magazines began to appear, and the Moscow central publishing house brought out several individual Mordvinian authors. By the summer of 1931, a total of only six books had been published, but by the end of 1932 the number had climbed to 35 and by the end of 1933, had reached 65. The Mordvinians formed their own writers' union in 1932, which soon joined the newly formed Central Writers' Union.

Among the most important benefits derived from receiving their own autonomy, was the acquisition of numerous cultural institutions. In I93I, the Mordvinians received their first institution of higher learning - the Pedagogical Institute, which eventually was to become the Mordvinian State University. A year later, the Scientific Research Institute for Mordvinian Culture and the Mordvinian State Publishing House (Mordgosizdat) were established. By 1934 the Mordvinians had their own Autonomous Republic with their own publishing house, press, research institute, state theater and various other cultural institutions. But most important of all, they had a school system in which the two Mordvinian languages served as medium of instruction from the first through the tenth grades. An expanding and an increasingly self-confident Mordvinian intelligentsia staffed these institutions as well as other state and party institutions in the Republic. <...>

Elements of a reversal in the Leninist nationality policy began to emerge in the late 1920' s when many national leaders in such Republics as Belorussia, Crimea, Chuvashia, were purged. Though the campaign for "korenizatsia" (nativization) continued and most spectacular gains in "nativizing" Soviet institutions were to take place in the 1930' s , the atmosphere was no longer congenial for genuine spontaneous national development. The period of forced industrialization and collectivization brought increasing regimentation and centralization in all fields. One of the immediate effects was greatly to curtail, and in many cases eliminate, national institutions among the nationalities outside their national areas. Cultural activities were now to be concentrated chiefly within the national units. This of course had an especially adverse effect on the Mordvinians. The closing of the Siberian newspaper Od eriamo (New Life), as a Mordvinian communist bitterly complained in 1931, had left more than 200,000 Mordvinians without a newspaper.  Most Mordvinian language schools outside the Republic were also closed - only a few in the Volga area seemed to have survived until Khrushchev's school reforms.

Though the Mordvinians were spared the purges in the late I920 s (perhaps because they still lacked autonomy), they did not escape those of the 1930' s. "Sukhorukovism," named after the vice-president of the Mordvinian province, became the special Mordvinian heresy. Sukhorukov had allegedly "united all the local national-chauvinists, rotten-liberal elements, and all the “injured"" and was accusing the Party of "wronging the Mordvinians" and even complaining that "the province was sold out to the Varangians." In addition there were other exclusively Mordvinian heresies, such as "Kulikovshchina" and "Barakaevschina" named after other prominent Mordvinian officials. <...>

Finnic linguists and ethnographers had traditionally shown a special interest in their fellow Finnic Mordvinians, who in turn derived a certain pride and national strength from this Finnic connection. But the Finns were now considered a "bourgeois foreign enemy." With the triumph of Marr's "new teaching" on language even the study of common Finnic linguistics became dangerous, which as a Soviet linguist admitted later, set Mordvinian linguistics greatly back.

The relatively free atmosphere of the 1920' s when a linguist such as B. Korsaevskii could advocate shifting to the Latin alphabet so as to "cut loose from Russian culture," or Evseev and Markelev could freely advocate a single unified literary language for Erzia and Moksha, and when language expansion was based chiefly on common Finnic or native resources, quickly receded into the past. Though a great deal of language construction still took place in the 1930's, the boundaries of the permissible shrank. In coining new terms whether for office administration or such school subjects as grammar and geography, the emphasis shifted from native Mordvinian languages (related Finnic languages had been excluded earlier), to direct borrowing from Russian. By the end of the 1930's not only were the loans from Russian simply incorporated into Mordvinian without any modifications, but successful native neologisms began to be removed. The Russian-Moksha dictionary published in 1941, for example, excluded such a successful coin as valks - dietionary (formed from the Mordvinian val - word), listing only the Russian word - slovar'. "Such measures," as a Soviet linguist noted later, "were directed at slowing down the development of the literary language. "

The period from the late 1930' s saw a general de-emphasis on things Mordvinian. Symbolizing this change was the renaming of the Research Institute for Mordvinian Culture after a thorough purge of its staff. It now became the Mordvinian Scientific Research Institute of History, Language and Literature and, as its publications were to reveal, Mordvinian culture ceased being its exclusive concern. Mordvinian literature now turned away from Mordvinian themes to deal with general Soviet topics.

Under Stalin the use of the mother tongue in school was specifically guaranteed by the Constitution and remained entrenched in Soviet pedagogy. Even the March 1938 decree which made Russian a compulsory subject in all schools, noted that the mother tongue remained the basis of education.  However, as the attention of the state and Party turned more and more to promoting the Russian language, the support system for non-Russian languages began to be dismantled.

With the virtual demise of the "national in form [ which has basically meant language], socialist in content" formula of Soviet nationality policy under Khrushchev, the narrowing in function of the Mordvinian languages had greatly accelerated. In the early 1960's Mordvinian schools began to shift to Russian as the language of instruction in the fifth grade, and by 1970 the shift took place in the fourth. At the same time, some Mordvinian schools, including those still working outside the Republic, shifted to Russian as medium of instruction in the very first grade. Though very little discussion about this has appeared, it seems the shift to Russian was not without problems. An article, which appeared in 1966, criticized the Mordvinian Minister of Education, Kirdiashkin, for "accepting the abnormal situation" under which teaching in the fifth through eighth grades was still conducted in Mordvinian and pupils were responding in Mordvinian, in spite of the official shift to Russian as the medium of instruction. However, there was no suggestion of reversing the shift to Russian - only an insistence for better training and improved conditions for teaching Russian.

At the moment, however, all available Mordvinian support systems are in the Mordvinian Autonomous Republic and are thus available to the 28.4% of the Mordvinians who live there as a minority (34%) while Russians are solidly in the majority (60%). It is perhaps easy to dismiss the "Mordvinian content" of the Mordvinian Republic as largely decorative and even that as rather limited: the 1970 celebrations of the 40th anniversary of the founding of Mordvinian autonomy, aside from a few opening stanzas of a long poem recited by young pioneers and of two lines in a speech by a Mordvinian student, took place in Russian; the names of collective and state farms listed in 1972 are mainly Russian; the Mordvinian State University bears the name of the Russian Ogarev and offers all courses in Russian. Yet while one can question the Mordvinian content, the psychological importance of the form is beyond doubt. Moreover, there are important institutions in the Republic which directly contribute to support the Mordvinian national identity.

Though limited, and now officially confined to only the first three grades, Erzia and Moksha continue to be used as languages of instruction and also as subjects through the university on a voluntary basis. Mordvinian literature is also taught. Mordvinian language radio and television broadcasts, though quite meager (a total of about five hours a day), are available and quite popular. Mordvinian language press and especially literature, which in the post- Stalin period has enthusiastically returned to Mordvinian themes, continues to be read. The Finnic connection has been revived and Saransk has become something of a center for Finno-Ugrian studies .

Beginning with the late 1950' s , the former practice of what a Soviet linguist has termed "a special fixation on borrowing from Russian" has been modified. A stream of banished native neologisms have been received back into the languages, though by no means all. A broad program of study of Mordvinian languages and their numerous dialects was also launched resulting in a steady stream of publications. During the relatively freer period of Khrushchev, the old question of unifying Moksha and Erzia was raised again, but apparently received no official support. Perhaps this is why the 10-volume Mordvinian dictionary (presumably both Erzia and Moksha) announced in 1961 as under preparation has still not appeared.