Veszprem is the second candidate for the title of Finno-Ugric Cultural Capitals for 2016. Veszprem is trying to get this title for the second time, last year they lost it to Obinitsa.

We spoke with András Szaboszlai, head of the Veszprem's organizing team, on the reasons they participate in contest and their will to win.

Andras is a chairman of Hungarian - Finnish Society of Veszprem and a specialist of Trauma Surgery at the local County Hospital. 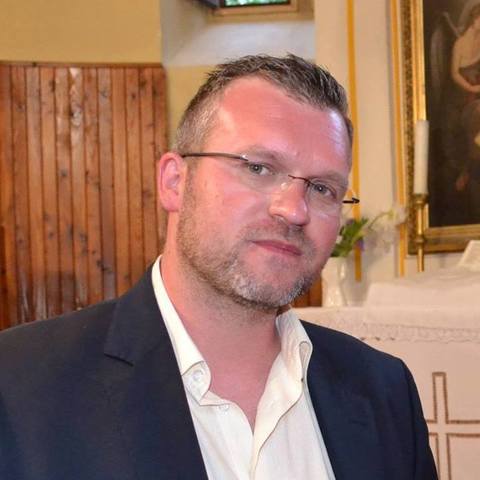 Why did you decide to take part in Finno-Ugric Cultural Capitals-2016 Contest?

Your town is participating in this contest for the second time. is this contest so important for you or your team is just very persistent in attaining goals?

- Yes, it is important. The first time we tried we were not successful so we decided to try again. Several Finnish, Estonian, and even Udmurt young people learn Hungarian and they are interested in Hungarian culture. They also claim that Hungarians belong to Finno-Ugric nations although they have never ever been to Hungary. The time and opportunity has come to try to prove that belonging to the Finno-Ugric nations is very important for us. Your town is much bigger than Iszkaszentgorgy and any other candidates from previous years, also much bigger than previous cultural capitals. Aren't you afraid that your participation and possible win will change the scale of the whole programme making it hard for next year applicants to compete with such giant as Veszprem?

- Yes, it is true that regarding its population and area, Veszprém is much bigger than any other former candidates but I do not feel it as a problem. What is more, it can be even an advantage for Hungary, because in a bigger place more opportunities are available to organize programs that can involve wide level of the society. However, in the future, it would be a fatal mistake to choose the winner based on the size of the applying city and not on the philosophy they represent.

It's kind a well known that the idea of Finno-Ugric kinship is not a mainstream for Hungarian society. How will you work with it if you gain status of cultural capital of the whole Finno-Ugric world for the next year?

- The question is very good. Unfortunately we cannot deny the facts. At recent times the denial of the Finno-Ugric kinship has appeared even on political levels in Hungary. Because of this our situation is far from being easy. Thus the programs and the developments should be carried out in a way to be digestible for those who deny the kinship without having any background information. Our aim is not to force the Finno-Ugric language kinship on the people but rather that to introduce the Finno-Ugric values for them and make them understand the importance of belonging to somebody. 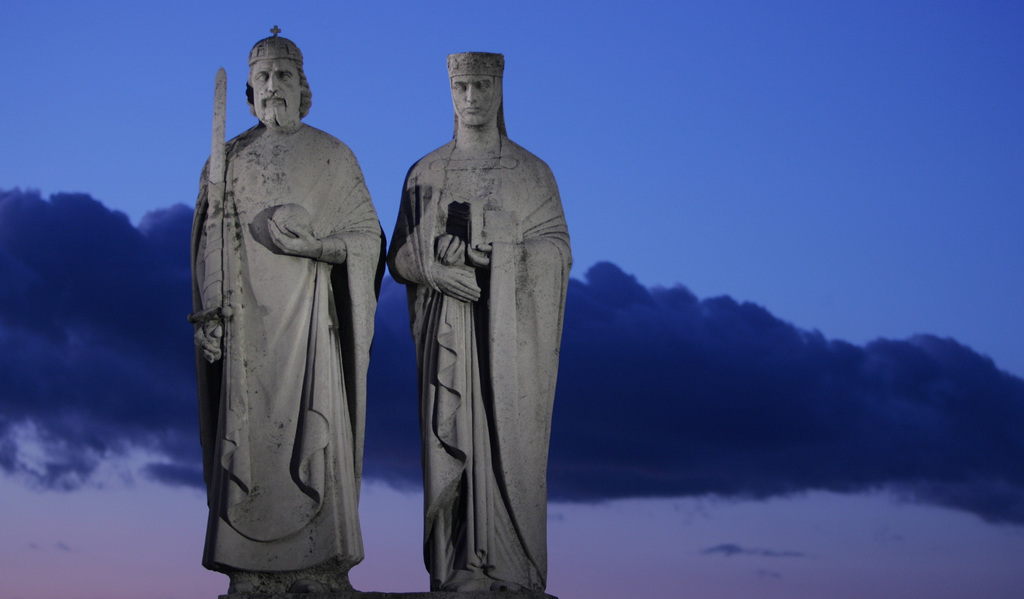 Am I right that you intend to hold events not only in Veszprem but also in twin and partner areas and places?

- Yes, it is true. We would like to organize cultural programs in the neighbourhood of Veszprém as well, and also in the regions close to the Hungarian borders, where significant Hungarian people live, and that are our twin and partner cities. The more cities we can involve, the more colourful and interesting the Finno-Ugric cultural year can be.

It seems to me that each Finno-Ugric cultural capital choses a special feature to make focus on in the program of their year. In Bygy it was Finno-Ugric cuisine, Obinitsa possibly is making accent on cinema and singing. What will you focus on?

- This question is difficult to answer. Our situation is quite unique. As I mentioned, we are far away from the rest of the Finno-Ugric nation, ethnic group, and in Hungary there is a noticeable difference of opinions and also lack of information which are working against us, therefore, with an entirely traditional program sequence we couldn’t reach our target. That is why our task now is to bring the cultural and human values of our Finno-Ugric relatives to Veszprém in a way, which doesn’t put any pressure on people to admit themselves as Finno-Ugrian from the next day on. We want that the Hungarian people realize its value, and also that they start to get interested in people whom they have never really heard of before. We were stranded in the history of another dimension, so we would make the biggest mistake if we completely ignored this fact. 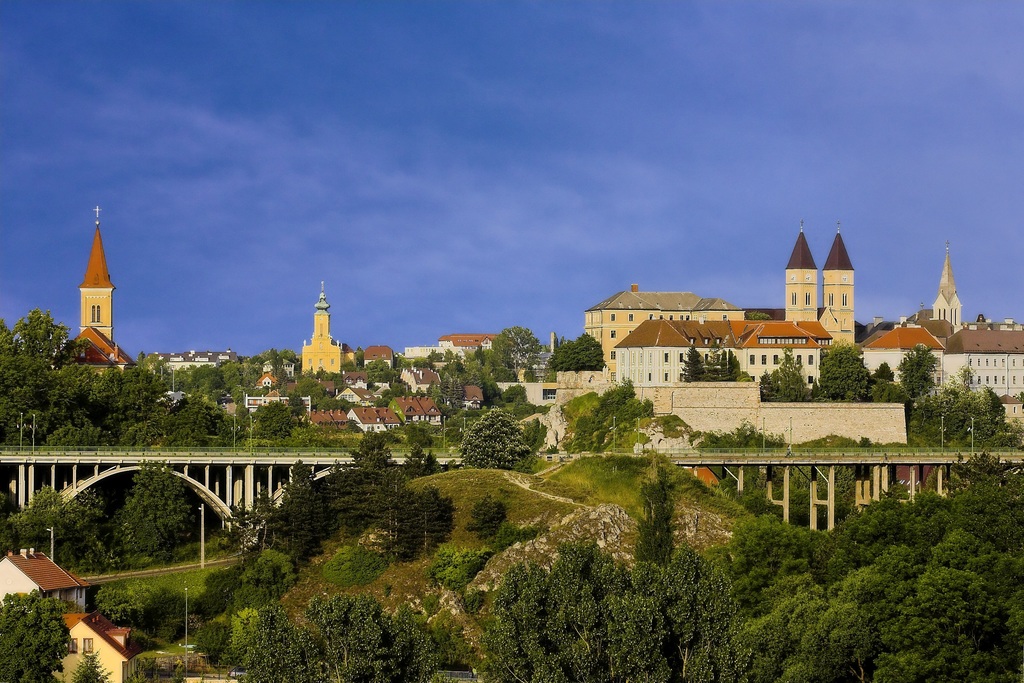 What is missing in the positioning and representation of Finno-Ugric peoples and their cultures on the international level?

- I think that unity is missing. As the European Union was established, the existence of the Commonwealth of Finno-Ugric Peoples was/ should be justified. With intensive and targeted cultural, economic, scientific and touristic co-operation we could be much further. In a large community, even the smallest ones are safe.

It's not hard to represent Finnish and Estonian cultures but how will you try to represent cultures of smaller Finno-Ugric peoples for Hungarian public?

- Yes, fortunately the presentation of Finnish and Estonian culture is not a problem for us, thanks to the more than 30 years of hard work Veszprém Hungarian - Finnish Association. However, this 30-year of work means a stable foundation to representing the cultural values of small and indigenous peoples during the program, which is further reinforced by the fact that the director of the Reguly Museum of Zirc committed researcher and expert knower of the culture of small nations. 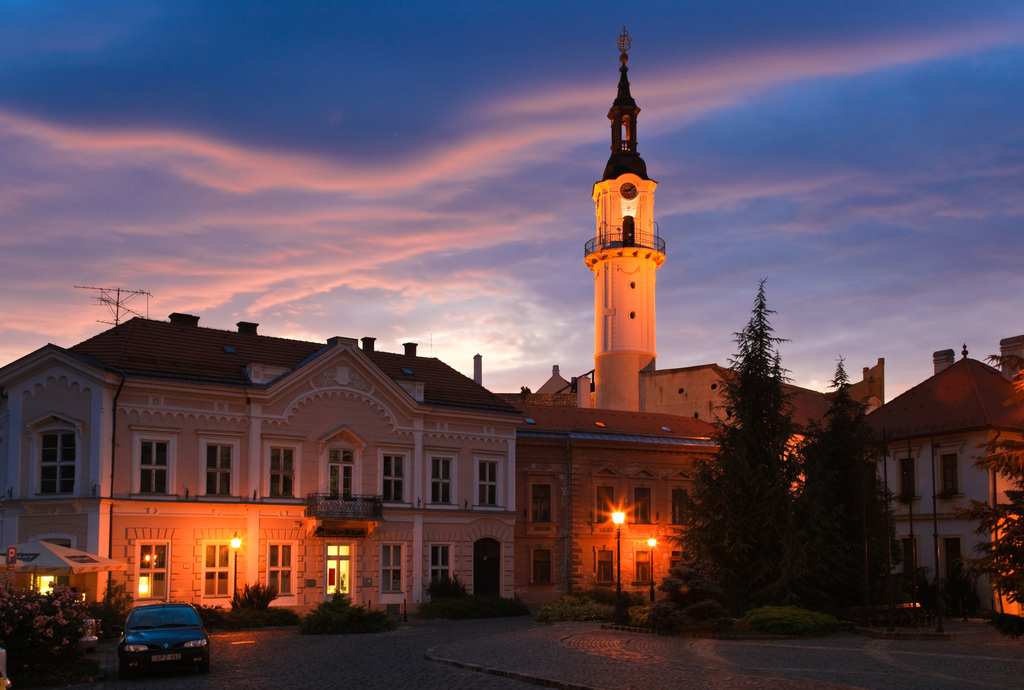 Which events shall we wait for from Veszprem in 2016?

- The realization of the programs and some tourist attractions depends on how many sponsors can we get to stand by our side. Irrespectively of this, we're preparing with fine arts programs, indoor and outdoor exhibitions, with Finno-Ugric garden, Finno-Ugric film screenings, a special train experience connected with Finno-Ugric food tasting, but we plan to organize a Finno-Ugric week and a Finno-Ugric oratory will be also presented, which would be composed in honor of the cultural capital year by a Hungarian composer. We are planning scientific and town twinning conferences as well, and receiving a new Finno-Ugric twin town for Veszprém, beside Rovaniemi and Tartu is also among our goals.

Who will participate in the program implementation next year? Will the members of local community take part?

- The implementation of the cultural year will be carried out by a special working committee, including the leadership of the city of Veszprém, The Hungarian - Finnish Association of Veszprém, the University of Pannonia, in close cooperation with the County Library and Archive. In addition, we try to involve as many NGOs in implementation as possible and to mobilize the largest possible number of young people and encourage volunteering.