This festival became the first big event in Finno-Ugric gastronomy. Due to unknown reasons there were no cases of Finno-Ugric cooperation in this field before.
About 1000 people took part in them festival, among them guests from all the Finno-Ugric countries and regions, and even from such exotic for Uralic peoples countries as France, Italy and Latvia.

One of the most representative and respectable delegation of 30 participants was from Estonia. One of the most bright members of Estonian team - Finno-Ugric cuisine's promoter Aivar Ruukel. Aivar together with his Udmurt wife Ludmila study and taste recipes of different Finno-Ugric dishes, make educational videos about FU cooking, give master-classes on cooking perepech and salad with lingonberries in Estonia. Also they make Finno-Ugric Tastes Facebook page.

Aivar told us about code of Finno-Ugric cuisine, differences between Ob-Ugric and Hungarian kitchens and perspectives of FU gastronomy in promotion of Finno-Ugric world.

Could you please say what all Finno-Ugric peoples' cuisines have the same? What are the common characters they all share? 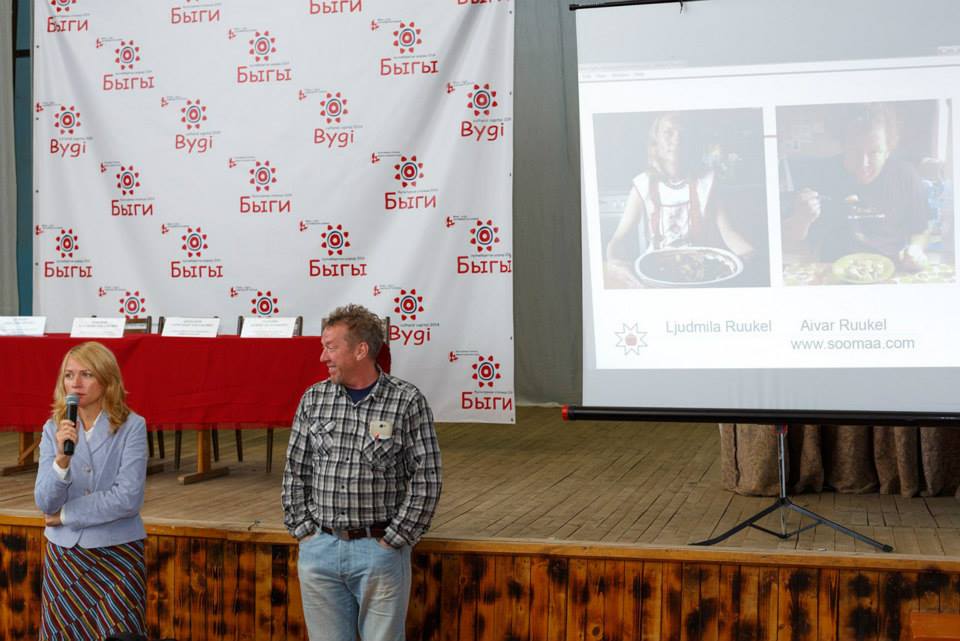 Finno-Ugrians use as much as possible foodstuffs that comes from around their home. Locally grown, cultivated, produced... be it paprika or potato, meat of seal or reindeer... Imported foodstuffs and ingredients are use as minimally as possible.

Finno-Ugric food is made at home, by hand and heart. Of course this practice is common in rural settings and not in cities. City people eat mostly industrial food. But... there is a growing interest for cooking real food among urban Finno-Ugrians as well. 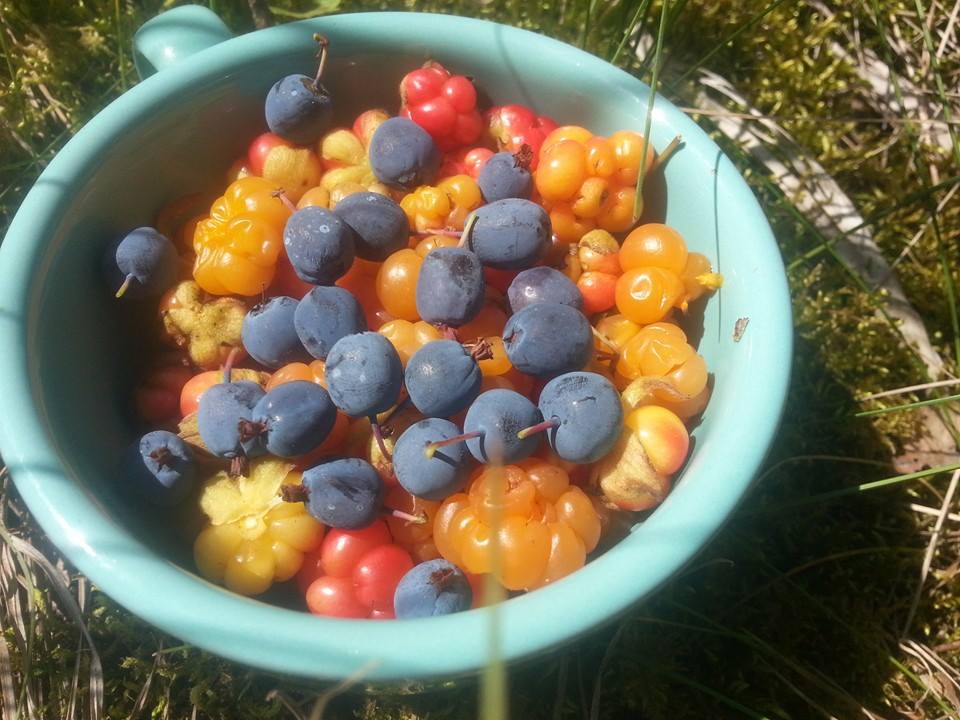 Wild Food that is foraged from nature has highly important role in Finno-Ugric cuisine. Mushrooms and berries, different herbs and edible plants, fish from lake or river or sea and meat of wild animals. All Finno-Ugric peoples enjoy the privilege to be a gatherer-hunter-fisherman.

Finno-Ugric cuisine is very much connected to the cycle of the seasons. Important part of FU cuisine is smoking, conserving, salting, drying of various food, as fresh foodstuffs are available for a short period only.

Simple cooking styles and recipes of grandmothers rule Finno-Ugric kitchen. Ingredients are usually not measured by grams but by gut feeling and experience.

Finno-Ugric food have to be nutritious, because people have to get enough energy to survive cold winter weather and in rural settings (often) do a hard physical work.

Yes. We have discussed it with Liudmila and come up with 4 subdivisions: 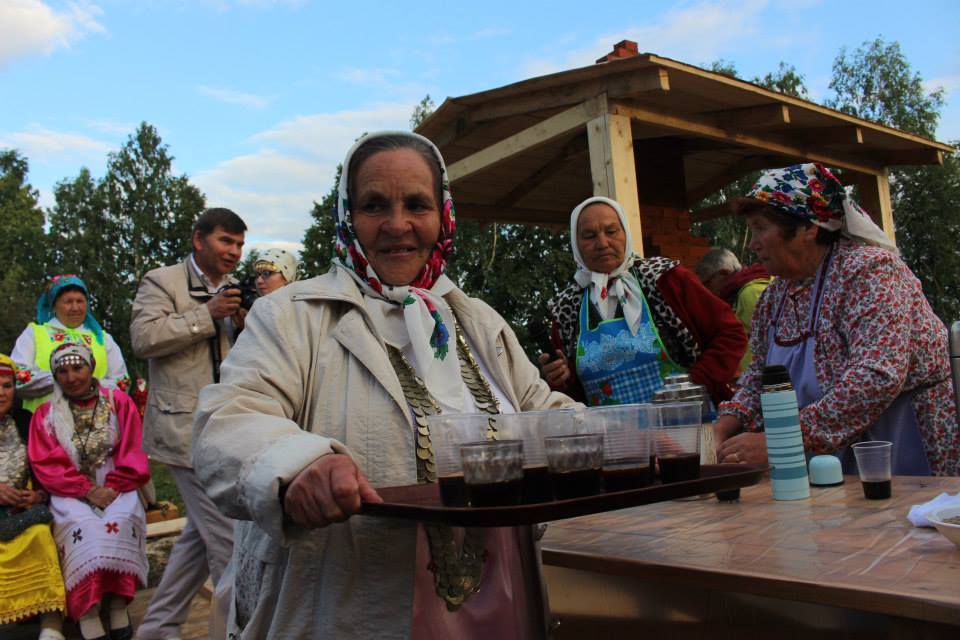 Other interesting aspect is the selection of neighbors-influences. Hungarian cuisine have influenced by Turks, Austrians, Armenians, Italians, Jews, Germans, Serbs, list goes on... Similar for Estonian and Udmurt cuisine is the influence from Russian cuisine. Dinnrence is that Udmurts have influenced by Tartars, Estonians by Germans, Latvians, Swedes.

That kind of influence is always a two way track. Quite often a smaller etnos gives something remarkable to a bigger brother. Good example is traditional Livonian pie 'sklandrausis' a sweet pie, made of rye dough and filled with potato and carrot paste and seasoned with a caraway. In 2013 the pie was announced as "Latvian traditional specialties guaranteed" in EU.

As we know well Udmurt and Komi people have contributed to Russian cuisine pelmeni (пельнянь).

What can you say about our knowledge of Finno-Ugric cuisines? How FU recipes are preserved? Do we know most of the recipes or we had lost most of them?

I have not been around a lot, but it seems to me that most of our grandmothers recipes are still there, living in the villages.

You have been practicing cooking of different Finno-Ugric cuisines - what do you find most interesting and inspiring for yourself?

Me (Aivar) personally have been practicing eating and shooting some photos/videos.
Liudmila has been practicing cooking. Other than Udmurt recipes we have been collecting and experimenting with only since 2013. 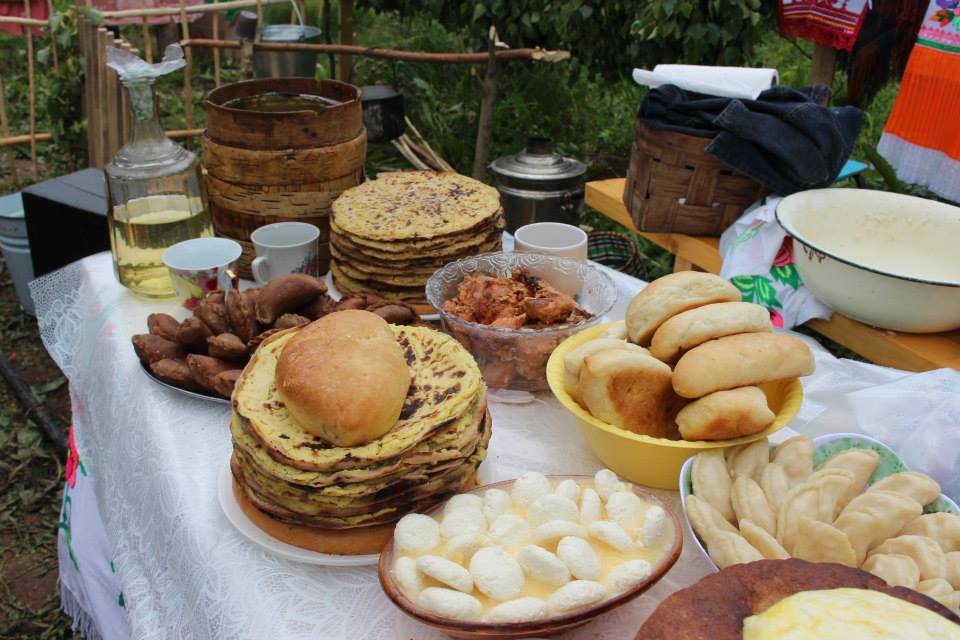 Some of the most interesting discoveries has been using rye in unusual combinations. As example mushroom soup with rye flour:

Or dessert made of rye-bread and blueberries:

What do you personally like most in Udmurt cuisine?

I like this everyday food that I get when I stay in the house of my mother in law in Kotomka village, Balezino district, Northern Udmurtia.
I enjoy eating soups and salads often, and other fresh local handmade food. It taste great and is healthy too. Udmurt homemade drinks taste great too! 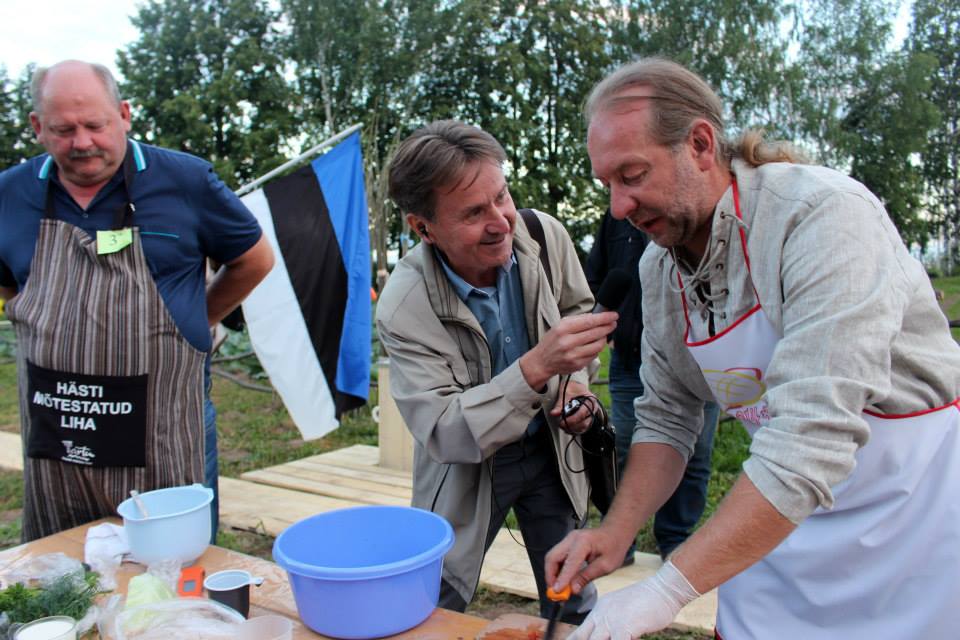 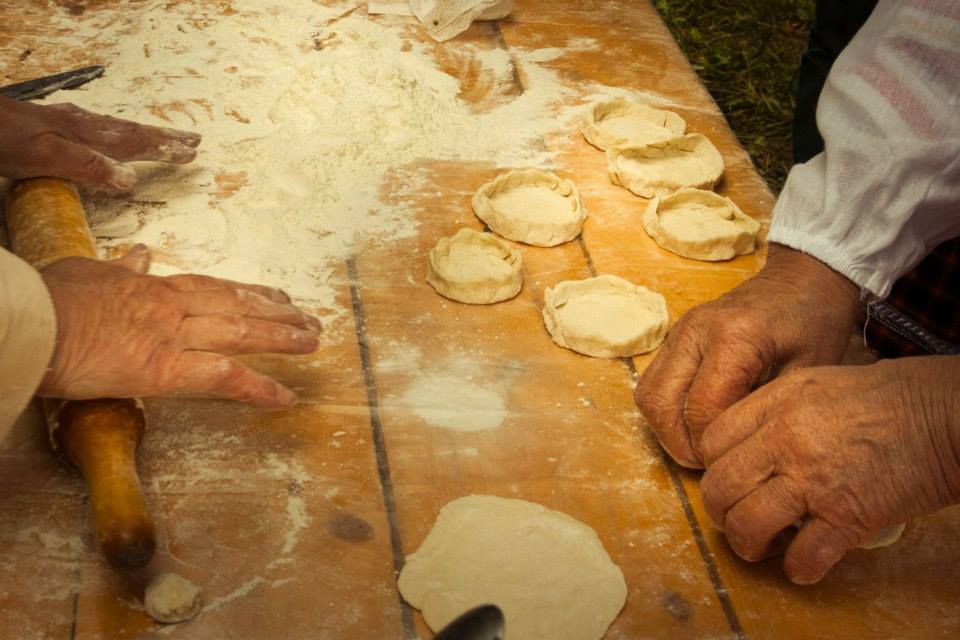 P.S. For me food culture of our peoples is a tool. It is of course important to have our cuisine for ourselves, BUT the exciting part here for me is that Finn-Ugric cuisine has a high potential to be most effective tool for opening up our world, our heritage to the rest of the world. Food could be greater promoter of Finno-Ugric World than music, dance and language combined.

Maybe I am too much excited by Ludmilas cooking skills :)